The Challenges of Running a Small Restaurant

Spanish cuisine is not very well known in the United States. Many Americans assume Spanish food is similar to Mexican cuisine, but the two cuisines are actually very different. If you happen to have a Spanish restaurant in your area that is offering takeout, here are a few of the top dishes to try.

Perhaps one of the best-known of all Spanish dishes, paella is a delicious mixture of rice, vegetables, and seafood. It is cooked in a big, flat pan until the bottom of the rice develops a lovely crust that is loaded with flavor. Paella is traditionally eaten at lunchtime in Spain, but a lot of Spanish restaurants will have it on their takeout menus, too. If you see it advertised as paella Valencia, that means you'll be getting the dish made with chicken and perhaps rabbit meat, rather than seafood. Either version is wonderful and delicious.

This is more of a side dish, but it is definitely worth ordering — maybe to share among your group of diners. Pimientos de Padron are a specific green pepper that is fried and seasoned. The peppers themselves have a lot of flavor, which is really enhanced by the cooking method. Most are not spicy, but occasionally you will get a really hot one, which really adds to the fun of eating this dish!

No, Spanish tortilla is not a flat piece of flour or cornmeal-based bread. Instead, it is an egg dish that resembles an omelette. It's served for lunch or dinner, rather than for breakfast like most American omelettes. Spanish tortilla typically has a layer of potatoes and a layer of eggs. However, some restaurants may add other ingredients, like sausage and onions. A single tortilla is usually enough to serve a couple of people, so plan on sharing.

If you love fish and seafood, then you have to try some bacalao. It's made with cod, which is heavily salted and then left to soak in water before cooking. This actually intensifies the flavor of the fish; the resulting dish is barely salty at all. Usually, the bacalao will be simply fried and then topped with a flavorful, garlic-based dressing.

From bacalao to tortilla, Spanish cuisine is full of delicious flavors and textures. These dishes are all great ones to order when you're new to the cuisine because they're versatile and well representative of Spanish food takeout as a whole. 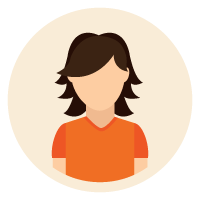 Hi! My name is Angela Wilson. I own and run a quaint restaurant out in the country. We have an excellent and loyal group of customers, and manage to stay busy even though we are located off the beat and path. While I do some of the food shopping for the restaurant, I also have a food service company that delivers the majority of the food and other goods for the restaurant. It takes years to learn how to run a restaurant. Planning how much food to order is quite tricky. You want to have enough, so you don’t run out, but not too much. If there’s one thing that makes me grumpy, it’s having to throw away old food. I’m going to share some of my experience around ordering food for the restaurant. I hope you find this helpful!